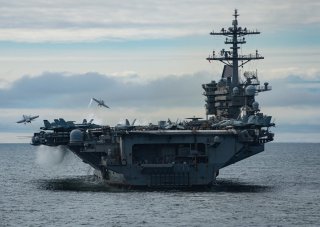 Here's What You Need to Know: The U.S. Navy periodically maneuvers a warship close to one of China’s island bases in order to assert American forces’ legal right to sail through international waters. In the event of war between the United States and China in the western Pacific region, the outposts likely would be important targets for the Americans.

“If the terraforming no longer makes headlines, it is because it is largely complete,” The Economist stated last year.