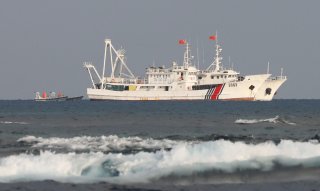 Here's What You Need to Remember: The “militarization” of the China Coast Guard actually began in 2007 when the People’s Liberation Army Navy (PLAN) transferred two Type 728 cutters, which at the time were the largest China Coast Guard ships in its fleet.