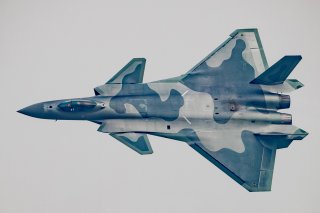 Here's What You Need to Remember: Chinese engineers had been “directed to modify the engine on the J-20 until it matches America's F-22 Raptor.”