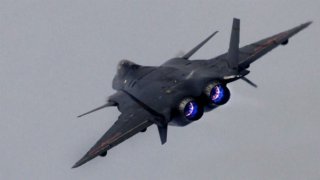 Here's What You Need To Know: One area that the Chinese are almost certainly lacking is what Air Combat Command commander Gen. Herbert “Hawk” Carlisle once described as “spike management.”

This piece first appeared a few years ago and is being reprinted due to reader interest.