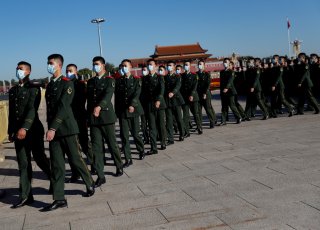 Here's What You Need To Remember: Today the U.S. military possesses arguably more combat experience than any other armed forces, owing to the long-term American-led operations in Iraq, Afghanistan and elsewhere. But it's debatable whether this experience in low-intensity warfare would matter in what would probably be a high-tech war with China.

David Axe served as Defense Editor of the National Interest. He is the author of the graphic novels War Fix, War Is Boring and Machete Squad. (This first appeared in December 2018.)