China’s Navy Is Growing Fast, But It Can’t Match America 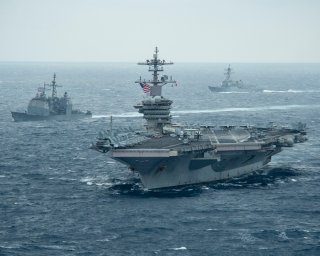 Here's What You Need to Remember: There are still very serious concerns about emerging Chinese weapons, capabilities and plans to expand Beijing’s massive global power. The pace of Chinese ship-building, in particular, is raising alarms.