China’s Next Stealth Fighter Could Have a Secret Weapon 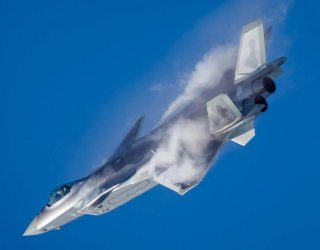 Here's What You Need to Remember: The true margin of difference, when it comes to what may or may not make a fifth or sixth generation aircraft superior to another, may likely reside in the area of AI and its impact upon computing, sensing, targeting, maneuvering and various kinds of attack tactics.

Kris Osborn is the new Defense Editor for the National Interest. Osborn previously served at the Pentagon as a Highly Qualified Expert with the Office of the Assistant Secretary of the Army—Acquisition, Logistics & Technology. Osborn has also worked as an anchor and on-air military specialist at national TV networks. He has appeared as a guest military expert on Fox News, MSNBC, The Military Channel, and The History Channel. He also has a Master's Degree in Comparative Literature from Columbia University. This article first appeared earlier this year.