China’s Push For More Stealth Fighters Is Just Getting Started 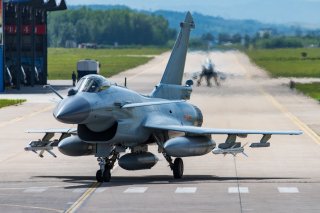 Here's What You Need To Remember: China is trying to devise ways to make its nonstealthy aircraft radar resistant.

Back in 2018, the Hong Kong–based South China Morning Post reported that China is working on experimental technologies to make even its older aircraft appear stealthy to most radar systems. Citing scientists working on the project, the SCMP said, “The technology involves the use of a ‘metamaterial’, a fabricated layer comprising microscopic structures similar to integrated circuits. The metamaterial can alter the way radio waves bounce off its surface to create a ghost image or minimize echo on a radar, helping hide the aircraft in flight with greater efficiency.”