China Is Building Warships Faster Than America Can Understand 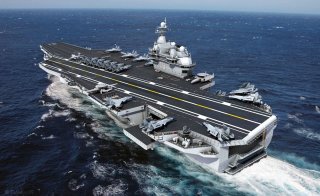 Key point: The breakneck pace of Chinese naval construction makes the People’s Liberation Army Navy a force to watch. The PLAN is not only in the process of modernizing but also expanding, with shipbuilding schedules not seen since the height of the Cold War. From carriers to corvettes, the Chinese Navy is expanding faster than any other navy on the planet. As a result, it’s often useful to check in and see the current state of the navy, and wonder what it’s all meant for.

Kyle Mizokami is a writer based in San Francisco who has appeared in The Diplomat, Foreign Policy, War is Boring and The Daily Beast. In 2009 he co-founded the defense and security blog Japan Security Watch. (This article first appeared last year and is being republished due to reader interest.)