Is China Capable of Tracking and Shooting Down the F-22 Raptor? 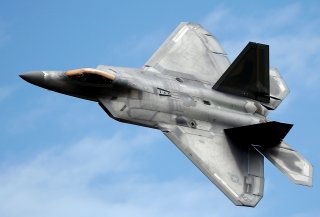 Here's What You Need to Remember: Russia, China and others are developing advanced UHF and VHF band early warning radars that use even longer wavelengths in an effort to cue their other sensors and give their fighters some idea of where an adversary stealth aircraft might be coming from.

Dave Majumdar is the former defense editor for the National Interest. This article is being republished due to reader interest.