China Claims Its New Submarines are Quieter Than Ever 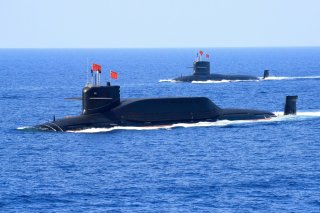 Here's What You Need To Remember: Does new engineering technology herald an age of Chinese maritime supremacy? Of course not. Carl von Clausewitz portrays martial strife as constant struggle between “wrestlers” striving to “throw” each other for strategic gain.