China Could Choke Taiwan With a Blockade? 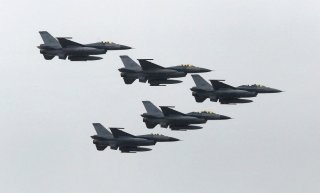 Here’s What You Need to Remember: Given that Taiwan is roughly one hundred miles from the coast of mainland China, it would not be difficult for the 320-ship-strong PLA Navy to maintain a large, concentrated naval force around the island.

China could attempt an air and maritime blockade around Taiwan as part of a broad strategy to pressure the country into surrender, according to a Defense Department report that was published this year.