China Could Have Naval Dominance by 2030 and Naval Superiority by 2049? 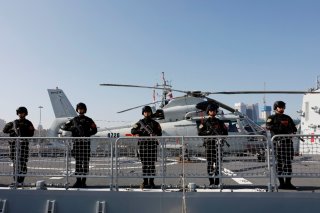 Here's What You To Remember: Maintaining it—dealing with the corruption—and trying to create its own “multi-power standard” might just be more than Beijing bargained for.