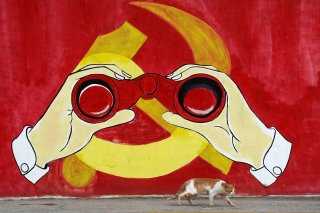 According to Sun Tzu, “the supreme art of war is to subdue the enemy without fighting.” China’s campaign to gain non-military advantage internationally has been relentless, and it benefits from the opportunities that open societies provide them to exert the very foreign influence that they so assiduously exclude from China. In the case of higher education, the People’s Republic of China (PRC) exploits openness and academic freedom to influence debate in foreign universities, while crushing dissent and freedom of expression in its own institutions.

According to a new report by the US Department of Education, leading American universities are further enabling China’s asymmetric advantage by failing to report significant fiscal ties to foreign governments like the PRC. These financial incentives may have been used “to influence or control teaching and research” at several universities, with additional risks of property theft, espionage, and propaganda operations.

Since the start of the Department’s investigations last year, universities have been scrambling to catch up on unreported donations and contracts, amounting to more than $6.5 billion in previously unreported gifts and contracts. Additionally, “Since 2012, institutions reported anonymous donations from China, Saudi Arabia, Qatar, and Russia totaling more than $1.14 billion.”

The report asserts that “nearly all foreign funds” reported to date have gone to “the largest, wealthiest, and most sophisticated of America’s institutions of higher education” and:

The evidence suggests institutional decision-making is generally divorced from any sense of obligation to our taxpayers or concern for our American national interests, security, or values

Despite the fact that “for at least two decades,” these institutions:

have been on direct notice that at least some of these foreign sources [of funding] are hostile to the United States and are targeting their investments (i.e., “gifts” and “contracts”) to project soft power, steal sensitive and proprietary research, and spread propaganda.

The public report redacted the names of individual institutions’ names, but The Wall Street Journal identified universities from its contents. Since 2013 MIT held approximately $11 million in contracts and holdings with Huawei — a company which is one of the major beneficiaries of PRC intellectual property theft. Georgetown failed to report a partnership of $2.36 million with none other than the CCP’s Central Committee, and Cornell left more than $1.2 billion in foreign funds unreported. Prior revelations from the same investigations showed that Yale failed to disclose at least $375 million in foreign funds, just after Harvard’s chemistry department chair was arrested in January after lying about his award of $1.5 million from China’s “Thousand Talents” program.  These deep, lucrative entanglements to powerful authoritarian regimes, confront our universities with a situation they have never faced before, entirely different from the threats posed in the past by fascist dictatorships or the USSR.

Part of the problem is weak enforcement and weak penalties.  As the Education Department’s report notes, “Until recently, the Department took no action to verify the reports it was receiving or to enforce the law against resisting institutions, and Congress failed to conduct effective oversight.” When caught, all that the reporting universities must do is “reimburse the government for the full costs of obtaining compliance,” which would amount to mere drops in this multi-billion dollar bucket.

Meanwhile, we know anecdotally of too many Chinese students that graduate from American universities believing that Mao Zedong was a Chinese equivalent of Martin Luther King, rather than one of history’s worst mass murderers. Considering the ease with which the PRC withholds visas from scholars critical of China’s communist rulers, one can only imagine how they might manipulate their funding of research.

Stricter laws are necessary. One possibility, as Frances Burke has suggested, would be to expand the mandate of the Committee on Foreign Investments in the United States (CFIUS) to include monitoring the foreign funds pouring into American universities.

But laws alone will not remedy the problem if universities themselves are not proactive in protecting their campuses from inappropriate foreign influence, rather than obscuring the sources of their funding in what a US Senate report calls a financial “black hole.” The universities in question are not obscure; they are America’s most elite centers of education and research. They must hold themselves—and be held—to a higher standard.

They should be taking the lead to protect the free exchange of ideas from illiberal meddling. Curbing technology theft and malign influence without infringing on academic freedom will be a challenge. However, if American universities successfully defend free thought, Chinese students may well return home convinced of the virtues of an open society.

Universities and lawmakers alike need to recognize the asymmetry we are facing, and, with a clear-eyed view of our vulnerabilities, find ways to keep illiberal elements in check. Transparency is key: To quote Sun Tzu once more, “If we know the enemy and know ourselves, we need not fear the result of a hundred battles.”