China Is Getting Closer to a New Type of Stealth Aircraft 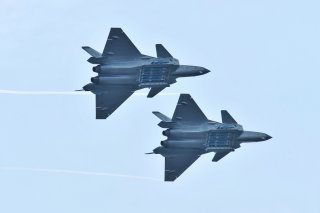 Here's What You Need to Remember: Metamaterials have been a popular research subject for more than a decade. Over time, they could wind their way into various countries’ warplane production.

Metamaterials clearly are promising and, over time, could wind their way into various countries’ warplane production. But they are not revolutionary.