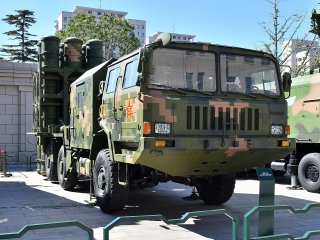 Here's What You Need to Know: While the Pakistani military has long relied on the Pakistan Air Force for air defense, the Pakistan Army has acquired the Chinese HQ-16 medium-range surface-to-air missile (SAM) for the defense of its formations on the ground.

While the Pakistani military has long relied on the Pakistan Air Force for air defense, the Pakistan Army has acquired the Chinese HQ-16 medium-range surface-to-air missile (SAM) for the defense of its formations on the ground. A deep modernization of the Russian Buk SAM, the HQ-16 utilizes vertical launch and containerized missiles to enhance reaction times. HQ-16 batteries are also said to be highly mobile, allowing them to avoid artillery and SEAD/DEAD attacks. Pakistan is also in negotiations to buy the longer ranged Chinese HQ-9 system, a Chinese analog to the Russian S-300 long-range SAM.