China is Pulling Ahead of Russia in Air Defense Technology 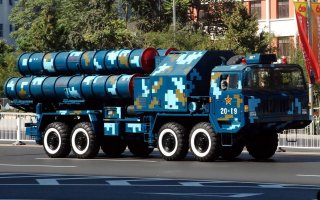 Here's What You Need to Remember: Integrated air defense networks can be neutralized – but not easily. “When employed correctly, stealth aircraft, standoff munitions and electronic attacks can suppress and degrade an IADS for a finite period of time in a limited area to enable strike packages to get through to their targets,” Bronk writes.