China Says It Can Sink U.S. Aircraft Carriers with Its Specialized Missiles 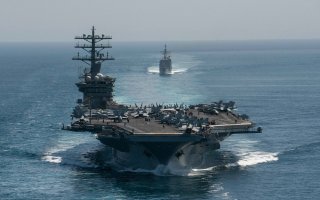 Here's What You Need to Remember: Despite Chinese claims that its carrier killer missiles make carriers “obsolete,” it seems reasonable that aircraft carrier battle groups could successfully defend against them.