Is China Sleepwalking Into a South China Sea Showdown? 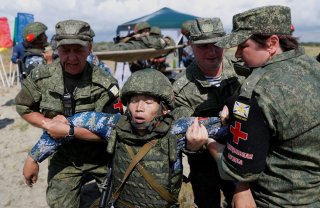 Here's What You Need to Know: CCP chieftains may be pursuing self-defeating policies and strategies in the South China Sea. They may have resigned themselves to a rumble. And opportunism is their watchword: they will doubtless attempt to turn such encounters as do occur to diplomatic and strategic advantage.