For China, Taking on the Indian Navy Is Easier Said Than Done 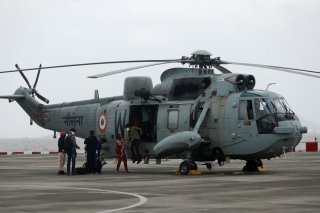 Here's What You Need to Remember:  Diverting most of the navy would leave the China seas largely unguarded by heavy forces—an unappealing prospect for Beijing. China will keep its strategic priorities straight unless something truly dire happens in the Indian Ocean, reconciling the leadership to hazards at which it would usually blanch.