China Thinks it Can Turn Tanks into Magnetized Plasma Artillery 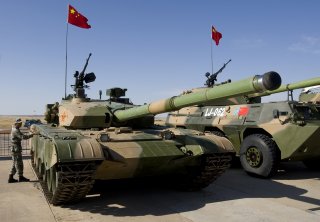 Here's What You Need to Know: China is optimistic about mounting plasma weapons on something as small as a tank despite challenges other militaries have had in developing the technology.