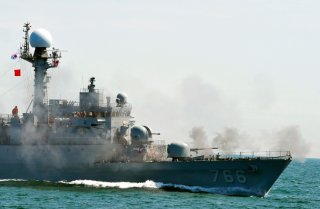 Here's What You Need To Remember: There is a strong suggestion here that China will begin a reorientation of its submarine force toward prioritizing nuclear-submarine deployments to meet new far-seas mission requirements. Indeed, the penultimate sentence of the QSA analysis asserts emphatically that nuclear submarines will form “the ‘assassin’s mace’ force of our navy’s expansion into the deep oceans for defense combat.”