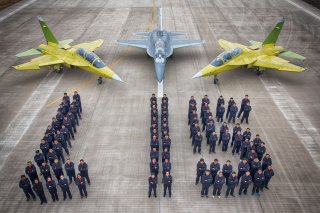 Here's What You Need to Know: The market for trainer/light attack planes is relatively crowded with competitors. It is too early to tell whether L-15 and JL-9 will prove a major export success—but sales of cut-price supersonic trainer/fighters could become an interesting signifier of Beijing’s expanding influence abroad in years to come.

The thing is advanced jet trainers like South Korea’s T-50 Golden Eagle are quite capable of basic combat duties short of high-intensity conflict while costing half or a third as much as a brand new warplane. For example, Filipino FA-50s and Nigerian Alpha Jet trainers have played a major role in combating brutal insurgencies in 2017, though both were involved in tragic friendly fire incidents.