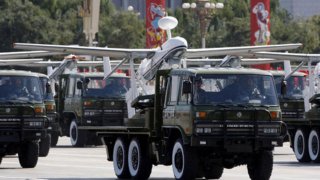 Here's What You Need To Remember: A war-prospect such as this invites an interesting discussion regarding what types of defensive tactics the U.S. might be assessing in response to the threat of a Chinese robotic attack.