This Is China's 30-Year-Plan For Global Military Dominance 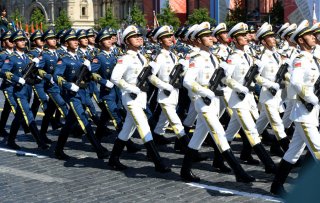 Here's What You Need To Remember: “It is long past time for the Department of Defense to craft a measured response,” Work and Grant wrote. ”It must develop the operational concepts, systems and platforms to allow the joint force to prevail against concerted Chinese attempts to deconstruct and destroy U.S. operational battle networks.”

David Axe served as the former Defense Editor of the National Interest. He is the author of the graphic novels  War Fix, War Is Boring and Machete Squad. This first appeared in June 2019.