China's Air Force Is Now Stronger Than Ever (Thanks to Russia) 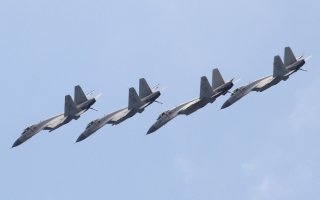 Key Point: No one can doubt the enormous progress of Chinese airpower, enabled by the formidable plus-up that Russian aircraft have provided over the last three decades.

Lyle J. Goldstein is a research professor in the China Maritime Studies Institute at the United States Naval War College in Newport, RI. In addition to Chinese, he also speaks Russian and he is also an affiliate of the new Russia Maritime Studies Institute at the Naval War College. You can reach him at [email protected]. The opinions in his columns are entirely his own and do not reflect the official assessments of the U.S. Navy or any other agency of the U.S. government. This article first appeared earlier this year and is reprinted due to reader interest.