China's Army Is Untested: Is That a Problem? 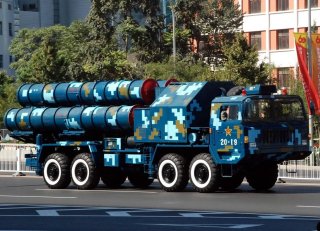 Here's What to Remember: By contrast, the U.S. military has been at war almost continuously since 2001.

China's military has not had much combat experience in recent decades, and this is recognized among Chinese military leaders as a potentially serious problem. The reasons for this scarcity of battlefield know-how are obvious and might even be praise-worthy. It has been nearly four decades since Beijing undertook a significant military campaign, so how would its armed forces have attained this knowledge? As I have argued many times before in this forum, nearly four decades without resorting to a major use of force represents veryimpressive restraint for any great power.

Late in 2017, the Chinese Navy’s official magazine Navy Today [当代海军] carried a reasonably detailed analysis of the crucial Guadalcanal campaign. The article concludes that Japan’s “command decisions and weapons development errors greatly increased the losses [指挥决策和装备研发上的失误更是大大加速了失败],” together with fundamental problems in Japan’s strategic culture. The Chinese analysis of Japanese mistakes in the campaign is neatly divided between errors in strategic judgment, operational and tactical errors, as well as mistakes in developing appropriate weaponry.

This analysis also points out many Japanese operational practices that contributed to Japan's defeat on Guadalcanal. First, it is noted that Japanese soldiers had previously taken pride in their prowess in night fighting and also close combat. Both elements were said to be hallmarks of Japan's "bushido spirit" [武士道精神] or warrior ethos. Yet fighting of this type (in and around islands) implied relying on small caliber fires (e.g., mortars) rather than naval gunnery or air support for ground assaults. This "limited fire preparation" [有限火力准备] proved ineffective. The Chinese analysis notes, moreover, that Japanese assaults on Guadalcanal achieved neither stealth nor surprise. Then, there was the failure to concentrate sufficient forces. Initial Japanese attacks were too small and, by the time significant Japanese troops arrived, American defenses had been strengthened. Another fundamental Japanese error, according to this analysis, concerned logistics. Japanese forces were not only inadequately supplied but also critically failed to target American rear supply depots [未攻击美方后勤补给物资].

Lyle J. Goldstein is a research professor in the China Maritime Studies Institute (CMSI) at the United States Naval War College in Newport, RI. In addition to Chinese, he also speaks Russian and he is also an affiliate of the new Russia Maritime Studies Institute (RMSI) at Naval War College. You can reach him at [email protected]. The opinions in his columns are entirely his own and do not reflect the official assessments of the U.S. Navy or any other agency of the U.S. government. (This first appeared in 2018.)