China's Autonomous Attack Drones are Ready to Take Off 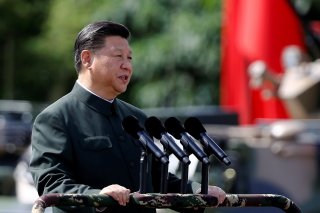 Here's What You Need to Remember: Up to ten heli-drones can be assembled into a swarm, with Artificial Intelligence guiding and coordinating the group. “The 10 drones can be a combination of different types, including those that can drop proximity explosive mortar shells, while others can carry grenade launchers, or make suicide attacks,” said Global Times.