China's J-10 Fighter Is Getting Old 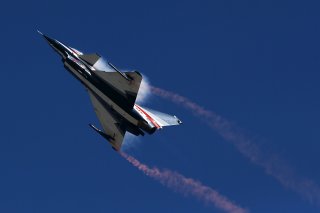 Here's What You Need To Remember: As China puts more advanced indigenous radars and integrates new AESA radars on it, it could remain a credible threat, just as the F-16V remains relevant on the modern battlefield.

Charlie Gao studied Political and Computer Science at Grinnell College and is a frequent commentator on defense and national security issues. This article first appeared in August 2018.