China's Navy is Adding New Submarines at a Staggering Rate 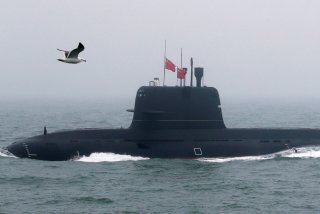 Here's What You Need to Remember: The Chinese navy in 2020 operates around 34 of the latest Type 039 SSKs. As additional SSKs enter the fleet, they’re supplanting obsolete Type 035 boats that basically are copies of Soviet Romeo-class boats dating from the early 1960s.

It could get worse. The administration of President Donald Trump in its 2021 budget submission asked for just one new Virginia instead of the two the Navy expected, meaning the American SSN force actually could bottom out at just 41 boats at around the same time that the Chinese SSN force reaches a new peak of 68 boats.