China's Navy is Building Out Its Expeditionary Warfare Capability 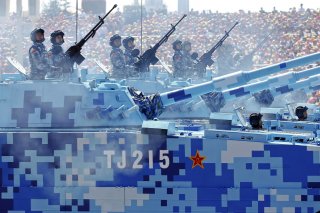 Here's What You Need to Know: Several new technologies fielded by the People's Liberation Army and Marine Corps are designed to operate outside of China's borders and project power overseas.

This article was first published in November 2021 and is being republished due to reader interest.