China's Navy Is No Paper Tiger, And America's Asian Allies Know It 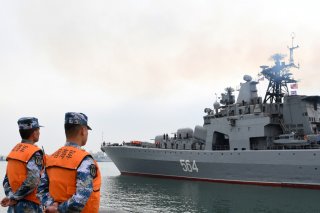