China's Navy Is Taking Notes on the Battle of Guadalcanal (Yes, the World War II Battle) 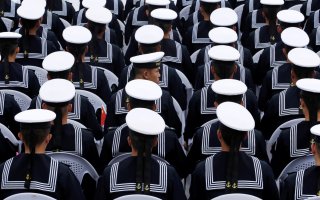 China's military has not had much combat experience in recent decades, and this is recognized among Chinese military leaders as a potentially serious problem. The reasons for this scarcity of battlefield know-how are obvious and might even be praise-worthy. It has been nearly four decades since Beijing undertook a significant military campaign, so how would its armed forces have attained this knowledge? As I have argued many times before in this forum, nearly four decades without resorting to a major use of force represents very impressive restraint for any great power.

Back at the end of 2017, the Chinese Navy’s official magazine Navy Today [当代海军] carried a reasonably detailed analysis of the crucial Guadalcanal campaign. The article concludes that Japan’s “command decisions and weapons development errors greatly increased the losses [指挥决策和装备研发上的失误更是大大加速了失败],” together with fundamental problems in Japan’s strategic culture. The Chinese analysis of Japanese mistakes in the campaign is neatly divided between errors in strategic judgment, operational and tactical errors, as well as mistakes in developing appropriate weaponry.

Lyle J. Goldstein is a research professor in the China Maritime Studies Institute (CMSI) at the United States Naval War College in Newport, RI. In addition to Chinese, he also speaks Russian and he is also an affiliate of the new Russia Maritime Studies Institute (RMSI) at Naval War College. You can reach him at [email protected]. The opinions in his columns are entirely his own and do not reflect the official assessments of the U.S. Navy or any other agency of the U.S. government. (This first appeared in 2018.)