China's Navy Will Soon Have Almost 40 of These Modern Warships 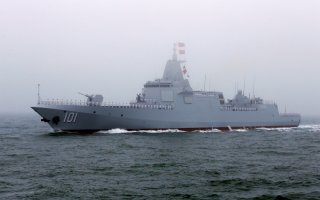 Here's What You Need to Know: China’s emerging Type 055 destroyer has attracted attention from U.S. planners.