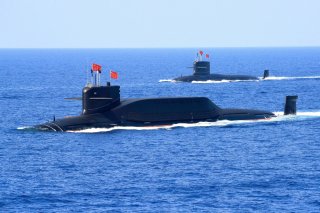 Here's What You Need To Remember: American submariners long lampooned Soviet and Chinese nuclear boats for being noisy and easy to detect. PLA Navy boats remained backward long after the Cold War. Ultraquiet propulsion, though, would put an end to unquestioned U.S. acoustic supremacy, opening up new operational and strategic vistas before the PLA Navy while ushering in a deadlier phase of U.S.-China strategic competition.