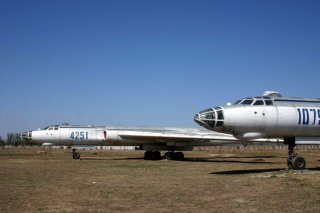 Here's What You Need To Remember: If that strategy is successful, American aircraft could find their airfields have been pounded into rubble. On the other hand, if U.S. fighters like the F-22 and F-35 can get within fifty or one hundred miles of a H-6K—enough to fire an air-to-air missile like the AIM-120—those bomber pilots won’t have a nice day.

China’s H6-K may be an old Soviet-designed bomber—but it’s getting twenty-first century missiles.