China's Submarines Are Laser-Focused On One Thing. 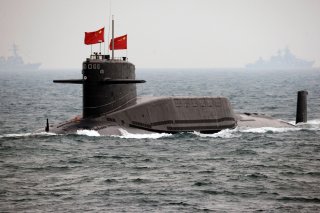 Here's What You Need to Remember: Beijing’s ability to target carriers from below the sea depends on two related capabilities. First, China needs modern and reliable submarines. Second, these subs need some way of finding the flattops.