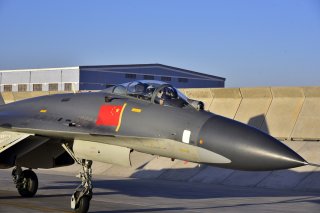 Here's What You Need To Remember: The script’s greatest problem, however, is its unwillingness to portray any serious flaws in its hyper-patriotic heroes.  Most good military films explore the tension between the mechanistic obedience and composure under stress demanded by military organizations, versus natural human emotional responses, individualism and idealism. But in Sky Hunter, the heroes never enter real conflict, and their emotions never impedes the performance of their duty.

Sébastien Roblin holds a master’s degree in conflict resolution from Georgetown University and served as a university instructor for the Peace Corps in China. He has also worked in education, editing, and refugee resettlement in France and the United States. He currently writes on security and military history for War Is Boring. This article first appeared two years ago.