Chinese and Iranian Warships are Fielding More and More Missiles 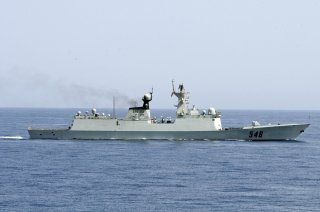 Key point: Iran and China are enhancing the firepower of their warships with new VLS weapons.

The addition of a 32-tube VLS gives the Shenzhen a much more powerful air defense capability. Presumably the VLS tubes can also launch anti-ship missiles.