The Chinese Navy Will Never Forget Its Defeats to Japan 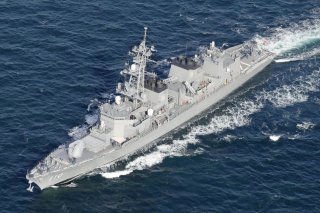 Here's What You Need To Remember: That’s because September 17, 1894, was a dark day for dynastic China. A Japanese fleet cobbled together from secondhand boilers and other components with foreign help crushed the Qing Dynasty’s Beiyang (Northern) Fleet off the Korean west coast. Naval experts of the day rated the Qing force superior to its opponent, so the encounter administered a rude shock all around. In fact, defeat at the Battle of the Yalu is central to China’s “century of humiliation.”

Very long, maybe. To see why, juxtapose two anniversaries that fell during this year, both of equal moment for contemporary Asia. Communist China ballyhooed the first, the 70th anniversary of its founding on October 1, 1949, in part by sending an arsenal of high-tech weaponry rumbling through the streets of Beijing. The hoopla obscured the second anniversary, which came just a couple of weeks before—namely the 125th anniversary of the first Sino-Japanese War.

Communist officialdom is less eager to trumpet that one. That’s because September 17, 1894, was a dark day for dynastic China. A Japanese fleet cobbled together from secondhand boilers and other components with foreign help crushed the Qing Dynasty’s Beiyang (Northern) Fleet off the Korean west coast. Naval experts of the day rated the Qing force superior to its opponent, so the encounter administered a rude shock all around. In fact, defeat at the Battle of the Yalu is central to China’s “century of humiliation.”