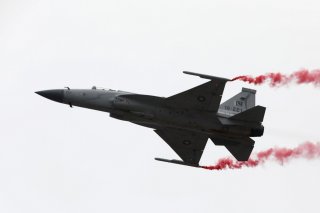 Here's What You Need to Remember: It is widely said that China provided significant assistance to the Pakistani nuclear weapons program (in addition to the A.Q. Khan’s espionage). China is alleged to have provided missile components, warhead designs, and even highly-enriched uranium.

Multiple rocket launchers (MRLs) are some of the deadliest artillery systems on the battlefield. Combat experience in the Donbass has proven that MRLs can wipe out entire units if they remain static and unprepared. The A-100 is one of the latest MRL systems, reaching an operational capability of around 2,000. The first units were sold to Pakistan by China around 2008, since then Pakistan has built facilities to indigenously produce rockets for the system. Long-range MRLs are fielded by both India and Pakistan, with Indians fielding the Soviet/Russian BM-30 Smerch MRL. Rocket artillery could incur massive casualties in rear areas in the opening stages of a conventional conflict, as such both MRL systems are considered to be key parts of conventional deterrence strategies for India and Pakistan.