Climate Change Is Threatening The U.S. Navy's Largest Base 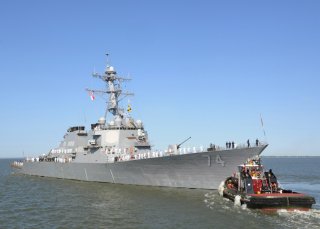 Here's What You Need to Know: A report from the American Security Project identifies Naval Station Norfolk as America’s fifth most endangered military base. The report also lists Eglin in Florida, Diego Garcia, Bahrain and Guam as being particularly vulnerable to climate change.

Robert Farley, a frequent contributor to TNI, is a Visiting Professor at the United States Army War College.