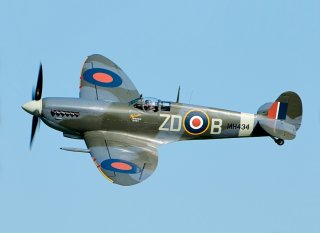 Here's What You Need to Remember: “No aircraft is as hallowed as the Spitfire,” Holland concludes. For Britain’s sake, it’s probably a good thing that the assessors never gave the P.24 a fighting chance. Early in the war, the Polish plane flew in combat with the Polish, Greek and Romanian air forces, but proved inferior to most enemy fighters.