Close the Straits: The Marines Will Look to Missiles to Deter China’s Navy 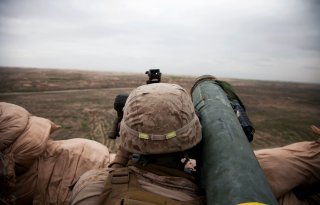 Here's What You Need To Remember: Future fights promise to be joint fights that mesh capabilities from naval and non-naval services. In that sense, the future promises to be a throwback to Pacific campaigns of old. It’s fitting, then, that marine magnates are peering both ahead and back in time as they orient the Corps toward today’s challenges.