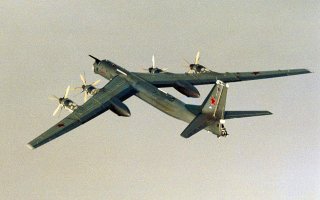 Here's What You Need to Know: "Airplanes can fly for a very long time, as long as spare parts are available."

The Bear is showing signs of its age. In 2015, two Tu-95 crashes led to the grounding of the entire fleet of more than 50 aircraft to resolve mechanical issues. Besides, there is nothing stealthy about the Bear.

Despite its drawbacks, what explains the Bear’s longevity? Hans M. Kristensen, director of the Nuclear Information Project for the Federation of American Scientists, told War Is Boring the Russian Federation doesn’t have much choice.