Collect Social Security? You Could See the Biggest Raise in 30 Years 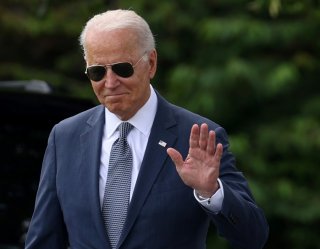 Here's What You Need to Remember: CBS News reported this week that the 69 million Social Security recipients in the U.S. are expected to get the largest cost-of-living adjustment in nearly 30 years. In fact, one group expects that benefits will rise 6.1 percent.

The approaching end of the coronavirus pandemic has brought about something the U.S. economy hadn’t experienced in quite a while: Fears of inflation.

The new Consumer Price Index was released this week, with the overall CPI rising 5.4 percent in June. This was higher than expected, and the biggest monthly gain since August of 2008. More than one-third of the increase was taken up by the category of used cars and trucks.

“What this really shows is inflation pressures remain more acute than appreciated and are going to be with us for a longer period,” Sarah House, senior economist for Wells Fargo, told CNBC. “WE are seeing areas where there’s going to be ongoing inflation pressure even after we get past some of those acute price hikes in a handful of sectors.”

CNBC attributed the rising inflation to factors including supply-chain bottlenecks, rising demand, and year-over-year comparisons to the struggling pandemic economy in the middle of 2020. Fed Chairman Jerome Powell is set to answer questions about inflation, and what the Federal Reserve plans to do about it when he testifies before both houses of Congress later this week.

Most people don’t like inflation, because it leads to paying more money for the same goods. However, there is one group of Americans who stand to benefit from inflation: Social Security recipients.

CBS News reported this week that the 69 million Social Security recipients in the U.S. are expected to get the largest cost-of-living adjustment in nearly 30 years. In fact, one group expects that benefits will rise 6.1 percent.

The COLA increase in 1983 was 7.4 percent, and the Senior Citizens League is predicting that the number next year will be the largest adjustment since then.

“This is the highest COLA I’ve ever estimated in my 26-plus years of researching the annual inflation adjustment,” Mary Johnson, the Social Security and Medicare analyst for the Senior Citizens League, told ThinkAdviser this week. “While the [COLA] adjustment is high and will come as a welcome boost, retirees are trying to cope with soaring inflation right no wwith only a 1.3 percent boost to their benefit this year.”

“The big concern is that current high inflation gets built into customers’ and business’ expectations, leading to higher long-run inflation, as happened in the 1970s,” chief economist Gus Faucher of PNC Financial Services Group said in a recent note that was cited by CBS.

tephen Silver, a technology writer for The National Interest, is a journalist, essayist and film critic, who is also a contributor to The Philadelphia Inquirer, Philly Voice, Philadelphia Weekly, the Jewish Telegraphic Agency, Living Life Fearless, Backstage magazine, Broad Street Review and Splice Today. The co-founder of the Philadelphia Film Critics Circle, Stephen lives in suburban Philadelphia with his wife and two sons. Follow him on Twitter at @StephenSilver. This article first appeared earlier this year.