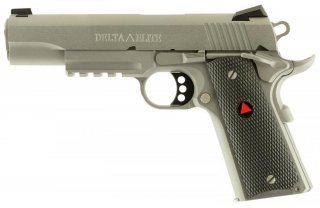 Here's What You Need To Remember: The 10mm Auto round is the heart of the Delta Elite. Invented by gun scholar and author Jeff Cooper, 10mm Auto was an attempt to create a 200 grain bullet capable of supersonic speeds.

Kyle Mizokami is a defense and national-security writer based in San Francisco who has appeared in the Diplomat, Foreign Policy, War is Boring and the Daily Beast. In 2009 he cofounded the defense and security blog Japan Security Watch. You can follow him on Twitter: @KyleMizokami. This article first appeared in August 2019.