The Completely Forgotten Event That Made America a Superpower 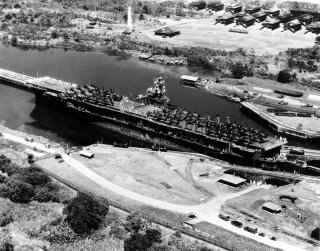 Today the United States is playing the part in Asia that Great Britain played in the Western Hemisphere back then. It acts as the external overseer of regional affairs. But America commands advantages of which Victorian Britain could only dream. It faces no plausible threat at home—no counterpart to the German navy—and such a threat will remain farfetched. Nothing will beckon the U.S. Navy homeward. And unlike fin de siècle Britain, the United States has allies of long standing that welcome and support its presence in the region. Japan boasts the world’s third-largest economy and represents a formidable competitor in its own right. Australia occupies an exterior geographic position around the Asian periphery and operates compact yet powerful naval and air forces. And at the same time a potential juggernaut, India, is bestirring itself to the west and increasingly works alongside U.S. forces to deter China.

At the risk of inducing vertigo, turn things around once again and project today’s strategic situation in Asia back to the Atlantic in 1900. In this alt-history world the distant marine hegemon, Britain [playing the role of contemporary America], remains the undisputed master of its home waters, at liberty to dispatch fleets where it will. It enjoys fraternal ties with a Canada [Japan] that has built itself into a great seafaring power, hosts Royal Navy fleets, and is determined to preserve British maritime supremacy vis-à-vis a nearby and overbearing United States [China]. And London can court a Brazil [India] eager for help balancing against U.S. overreach in the Caribbean or South Atlantic. Faced with such an imposing coalition, America may never have met the Mahanian standard for naval power. It might have remained in its box for a time—or forever.