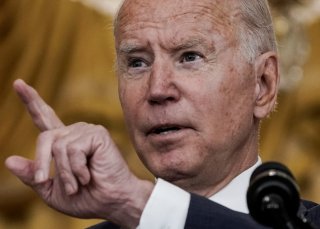 Here's What You Need to Remember: Since most states generally have not had access to enormous cash surpluses, their “stimulus” measures can sometimes be more targeted, directed towards specific occupations or income levels. However, this is not always the case.

President Joe Biden has more or less officially established that there will not be a fourth stimulus check. The president’s second infrastructure bill, the framework of which has already been approved by the Senate, does not include a fourth stimulus check measure. The last such measure, approved in the March 2021 American Rescue Plan Act, cost the government roughly $450 billion to send out; a similar expenditure today, while the U.S. economy rapidly recovers from the pandemic, would meet fierce opposition from fiscally conservative lawmakers. In the absence of a fourth major stimulus check, a series of smaller and more targeted ones have been sent out, in the form of the now-fully refundable Child Tax Credit to 36 million American families across the nation.

However, the federal government’s reluctance to pass out cash has not stopped state and local governments from passing stimulus measures of their own. Since most states generally have not had access to enormous cash surpluses, their “stimulus” measures can sometimes be more targeted, directed towards specific occupations or income levels. However, this is not always the case.

The “Golden State Stimulus” payment in California represents the largest state-wide stimulus check program in the United States. California, which emerged from the pandemic with a multibillion-dollar surplus, is compelled by a State Senate bylaw from the 1970s to return unspent money to taxpayers, rather than using it on other projects. The state’s Democratic governor, Gavin Newsom, has enthusiastically embraced the payments—possibly to improve his odds in an upcoming recall election, which polling has indicated a surprisingly close margin for in the deep-blue state.

Consequently, every Californian earning between $30,000 and $75,000 per year is entitled to a payment of $500 or $600—including undocumented immigrants. Parents of dependents will also receive an extra $500 for each child.

In Colorado, Gov. Jared Polis (D) has announced that all of its residents who received at least one unemployment payment from March until October 2020 will receive a $375 bonus.

In Maryland, a statewide stimulus program has also been announced for filers of the Earned Income Tax Credit, with $500 for families and $300 for individual filers.

Florida Gov. Ron DeSantis (R) has announced a bonus payment of $1,000 for workers in key areas, such as teachers, administrators, police, and first responders, who continued working through the pandemic. A similar plan is under development in Georgia and Tennessee, where full-time teachers and administrators will receive $1,000, and in Michigan, where they will receive $500.