Coronavirus Is Going to Create a Wave of Poverty in America 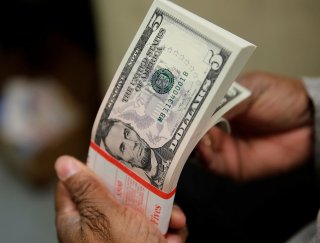 Evidence is mounting that America’s lowest-income workers are enduring the worst of the economic fallout from COVID-19, and we can expect increased poverty in the months and years to come as a result. Household surveys show that individuals at the lowest end of the income distribution have the highest rates of income and employment disruption since the coronavirus outbreak began. Although most job losses have occurred at continuing businesses, new research shows that a substantial share of job losses are due to business exits, making the future job prospects for low-income workers even more challenging. Without good job prospects for low-income workers, we can expect poverty rates to increase.

Several surveys in recent weeks have captured how the economic crisis has hit low-income households hard when compared to their middle- and higher-income counterparts. A survey conducted May 1–7, 2020 by Rand Corporation, found that 36 percent of adult respondents with a household income under $25,000 per year reported a decrease in income since February, compared to 31 percent of adults in middle- and higher-income households. The financial crunch has made it difficult for low-income and minority households to pay bills, according to the survey. From Rand Corporation:

The COVID Impact Survey conducted by NORC at the University of Chicago for the Data Foundation shows similar trends. Nearly one half or more of lower-income adults experienced income loss in the first month after the coronavirus outbreak, compared to 30 percent or less of higher-income adults, with low-income women particularly hard hit.

Two recent studies help us understand why the economic fallout has been harder on low-income workers. In a paper for the National Bureau of Economic Research (NBER), Simon Mongey and colleagues found that the least educated and lowest income workers were concentrated in “low-work-from-home” and “high-physical proximity” jobs — making them the most vulnerable to job loss caused by social distancing measures.

“Recessions always tend to reduce employment rates more for lower skilled workers, and this downturn so far is no different. However, the magnitude of the difference between high and low-wage workers is historic. This recession is amplifying income inequality given that the employment losses are so disproportionately concentrated at the lower end of the income distribution.”

“Overall, we conclude that there is a substantial difference in the behavior of low- and high-wage workers during the early stages of the Pandemic Recession. This difference can only partially be accounted for by differences in industry, business size, demographics, or location: after controlling for all of these observable characteristics, separation rates still rose by 12.2 percentage points more for bottom quintile earners than they did for top quintile earners.”

This means that 80 percent of the difference is explained by other factors, such as “higher general separation rates among low-income workers” according the authors. In other words, it likely is simply easier for employers to separate from low-wage workers.

Further results from Cajner et al. raise concerns for the reemployment of low-income workers. They write:

“One would hope that many of the businesses we observe suspending activities will resume operations in the near future. If not, the jobs destroyed by exiting businesses are permanently gone, requiring extra growth among surviving businesses or extra business entry to replace them.”

This article by Angela Rachidi first appeared in AEIdeas on June 5, 2020.

Image: A homeless woman stands with her belongings alone outside the closed Saks Fifth Avenue department store on 5th Avenue, during the outbreak of the coronavirus disease (COVID-19) in Manhattan, New York city, New York, U.S., May 11, 2020. REUTERS/Mike Segar.